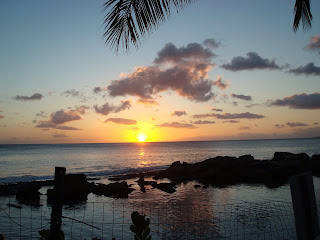 The saying 'better late than never' certainly rings true on my blog. I have been trying to post my Hawaii pictures for some time now but lately it seemd like one thing after another has popped up and then "poof" the day is gone.

So without further delay, here are just a smattering of shots from my recent vacation - that already feels like a distant memory. How sad, huh? 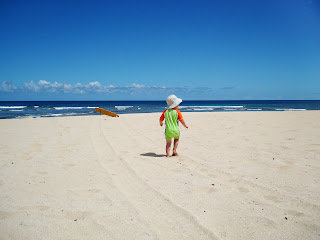 This is a shot of Little D strollin towards the water at Chuns on the North Shore. 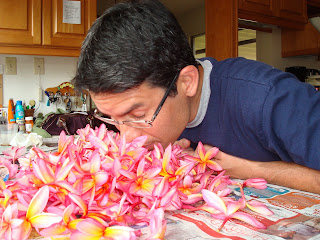 Here's my hubby getting high of the Plumeria flowers we used for the wedding leis. The scent was heavenly! 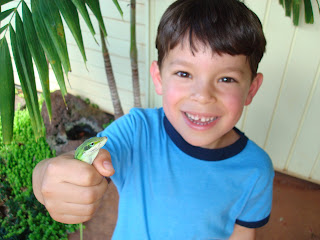 This is Kellen's first catch of the trip. He loves going "Gecko hunting" in Grampa's backyard. If you look closely, you can see a dark spot right behind the Gecko's eye. They only get those spots when they're really pissed off. 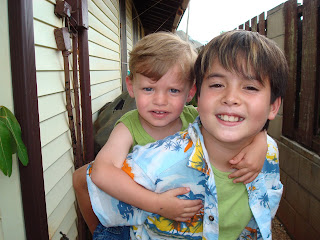 Little D is getting a piggy-back from his cousin, Sean. He had so much fun playing with his cousins and hangin' with the "big boys". 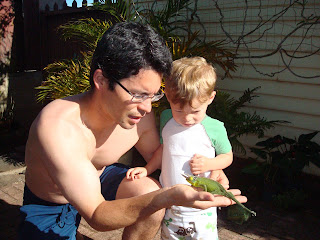 Little D wasn't sure what to make of the prehistoric looking Jackson Chameleon that Daddy caught. It took him a while to warm up to it and he never did touch it. 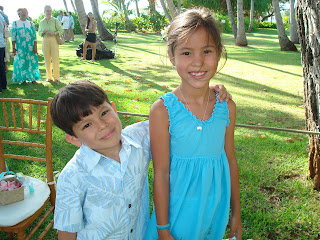 The Captain hanging out with his cousin, Marisa. Yes, her daddy has his shotgun loaded. 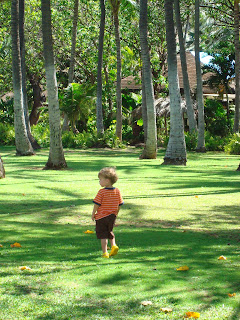 Little D strolling the resort grounds at the wedding rehearsal 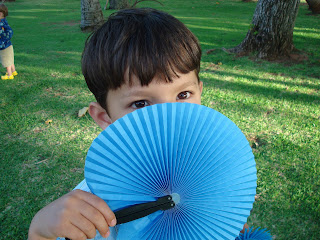 The Captain being cute with a fan 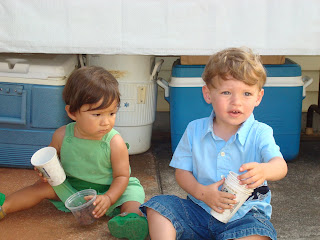 Can you believe these two are cousins? Little D is the only blond-haired, blue-eyed kid in the entire family. He definitely sticks out. 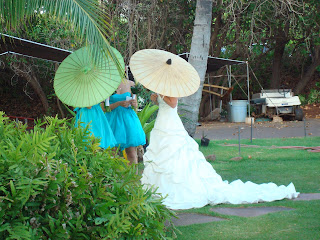 My sister-in-law made a beautiful bride. 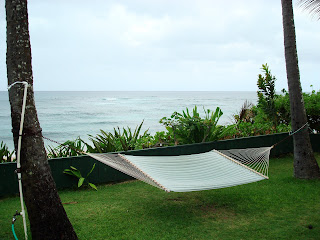 I could have laid here for days on end.